The Future of PoE Technology

PoE technology was introduced into China's security industry in 2011. The birth of international standard intelligent PoE products has been accompanied by a large number of non-standard PoE products. Security system integrators and security engineers lack a deeper understanding of intelligent PoE and non-standard PoE, and only consider the elimination of power lines and centralized power supply management as elements of their project and system design, so they accidentally purchase non-standard PoE products and participate in networking. The widespread adoption of smart PoE products in China has suffered several twists and turns. From 2011 to 2013, the PoE application scope has been languishing and even encountered resistance from some regions and some mainstream security companies. Only when the detailed application technology of PoE is effectively communicated to video surveillance field engineers can the PoE market develop healthily and good technology and products have the opportunity to serve the market. 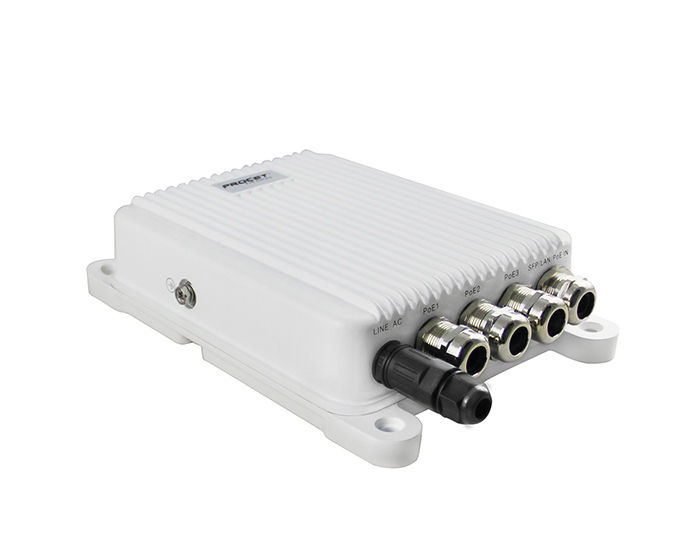 1.PoE technology into the era of specialization, professional manufacturers are emerging. Network video surveillance transmission system on the network equipment put forward higher requirements, 7 × 24H uninterrupted modes of operation, more complex application environment, the ability to adapt to higher data processing capabilities, awareness of the security industry, in-depth understanding of the security industry, and the video surveillance system requirements into products and services to provide products that meet the needs of security.

3.PoE in network video surveillance applications is rising rapidly, the prospect is considerable: 2016 we see that many mainstream network camera manufacturers have gradually increased the proportion of PoE network camera products shipped, as system integrators, engineers familiar with PoE technology deeper, PoE applications more and more extensive, from the past mainly used in the coastal security developed areas, to the country are now The use of PoE products for networking is gradually increasing.

下一篇: What Is the Role of PoE Switch?