From the above several hardware failures, the poor environment of the machine room is very easy to lead to a variety of hardware failures, so we must do a good job in the construction of the machine room, lightning grounding and power supply, indoor temperature, indoor humidity, anti-electromagnetic interference, anti-static and other environmental construction, to provide a good environment for the normal work of network equipment. 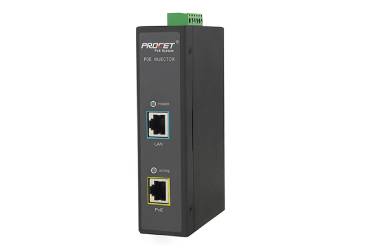 Due to the existence of virus or hacker attacks, it is possible for a host to send a large number of packets that do not conform to the encapsulation rules to the port it is connected to, resulting in over-busy industrial switch processor, which makes it too late to forward packets, and then leads to buffer overflow and packet loss. Another scenario is a broadcast storm, which not only consumes a lot of network bandwidth but also a lot of CPU processing time. If the network is occupied by a large number of broadcast packets for a long time, the normal point-to-point communication cannot proceed normally, and the network speed will slow down or be paralyzed.

A network card or a port failure can cause a broadcast storm. Since industrial switches can only partition the conflict domain, but not the broadcast domain (in the absence of a VLAN partition), the transmission efficiency of the network decreases significantly when the number of broadcast packets accounts for 30% of the total traffic.

Due to the variety of faults in industrial PoE, there is no fixed troubleshooting step, and some faults are often clearly oriented and can be identified at a glance. So I can only according to a particular case is particular analysis, industrial PoE manufacturer thinks: whatever the failure part for new network governance is a difficult thing, so if you want to be able to become an Industrial switches fault exclusion, is must in daily work experience, each set a question to review the root cause and solution concentration. In this way, network governance can be better completed.