A typical Power over Ethernet supply system retains POE switch equipment in the wiring closet and uses a power supply hub (Midspan HUB) to provide power to the twisted pair of the local area network. At the end of the twisted pair, the power supply is used to drive telephones, wireless access points, cameras, and other devices. To avoid power outage, a UPS can be used.

It can supply power to PoE terminal devices such as wireless APs, webcams, Internet phones, PDAs, etc. through the network cable, with a transmission distance of up to 100m, simple installation, plug, and play. It is very suitable for a wireless city, security monitoring, and other industries. 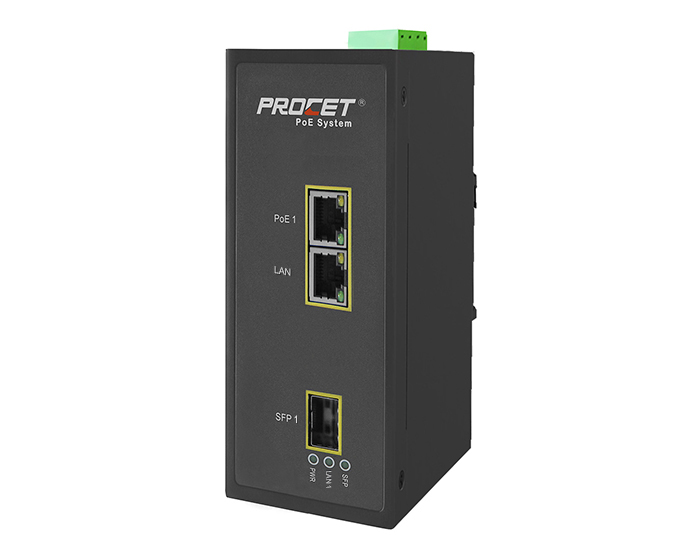 The origin of POE

One is called "Mid-Span", which uses idle pairs that are not used in the Ethernet cable to transmit DC power (that is, 1236 line sequence data, 4578 line sequence power), corresponding EndpointPSE support POE-enabled Ethernet switches, routers, hubs, or other network switching equipment.

Another method is the "End-Span", which is to transmit DC power simultaneously on the core wire used to transmit data, and its transmission uses a different frequency from the Ethernet data signal (that is, the 1236 line sequence simultaneously takes the data and electricity). MidspanPSE is a specialized power management device, usually placed with a switch. It corresponds to two RJ45 jacks for each port, one is connected to the switch with a short wire, and the other is connected to the remote device. It is foreseeable that End-Span will be promoted quickly. This is because Ethernet data and power transmission use common wire pairs, thus eliminating the need to set up special lines for independent transmission. This is for only 8-core cables and matching standard RJ -45 socket is of great significance.

下一篇: Is the Maximum Poe Power Supply Distance Only 100 Meters?